Radiant Films International is a worldwide distribution company focusing on mainstream and independent theatrical features and specialized television programming in the international marketplace. 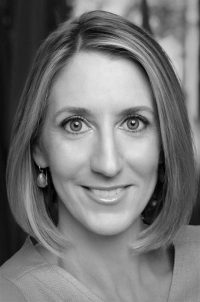 Mimi Steinbauer launched Radiant Films International to bring quality commercial films to the worldwide marketplace. With well over 20 years experience in the film industry, Steinbauer brings knowledge and passion to the films that Radiant Films finances and/or sells.

Steinbauer was previously Vice President of Distribution at New Line Cinema, Sales and Distribution Consultant for Voltage Pictures, President of International Sales and Distribution at Franchise Pictures, and Head of International Television at Trimark Pictures. Over the course of her career Steinbauer has been instrumental in securing financing and/or selling over 500 films including THE LORD OF THE RINGS trilogy, THE HURT LOCKER, THE MATRIX, RUSH HOUR 2, THE NOTEBOOK and THREE KINGS.

Steinbauer, who began her career as an Assistant Director in Austria, has a Masters degree in Film Producing from the Peter Stark Program at USC, as well as a Masters in Alternative Dispute Resolution and International Peacekeeping from Pepperdine School of Law. She has served as a teaching assistant at the Harvard Program on Negotiation and is a certified yoga instructor.

John Short has over 9 years experience in international sales and distribution. From August 2013, at Voltage Pictures, he has worked on such high profile titles as the Oscar-winning film DALLAS BUYERS CLUB, FATHERS AND DAUGHTERS with Russell Crowe and Amanda Seyfried, GOOD KILL with Ethan Hawke, Eli Roth’s Sundance hit KNOCK KNOCK with Keanu Reeves and Natalie Portman’s directorial debut, A TALE OF LOVE AND DARKNESS.

Prior to Voltage, Short was Vice President of International Sales at Hyde Park Entertainment where he assisted on films such as the Oscar nominated film BLUE VALENTINE, BERNIE and GHOST RIDER: SPIRIT OF VENGEANCE. During his time there, he was chosen as one of Screen International’s “50 Future Leaders in Sales and Acquisitions” in 2012. He began his film career in foreign sales at the Yari Film Group in 2008. 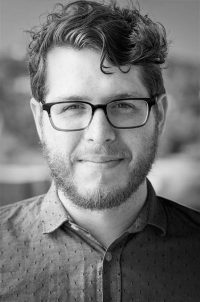 Andrew Neel joined Radiant Films International in 2019 as Acquisitions & Sales Coordinator after two years at Dean Devlin’s Electric Entertainment, where he worked in Development, Acquisitions, Domestic Sales, and International Distribution. Neel worked directly with Steve Saltman, Head of Domestic Sales, on the pitch that landed the upcoming series “Almost Paradise” at WGN America. Neel has a M.A. in Theology & Film from Fuller Theological Seminary, and he is the former Director of Programming for Level Ground, an LA-based arts non-profit that hosts LGBTQ+ narrative and documentary films screenings to foster empathy in audiences.